Fried, boiled or baked: what kind of potatoes should a man not eat 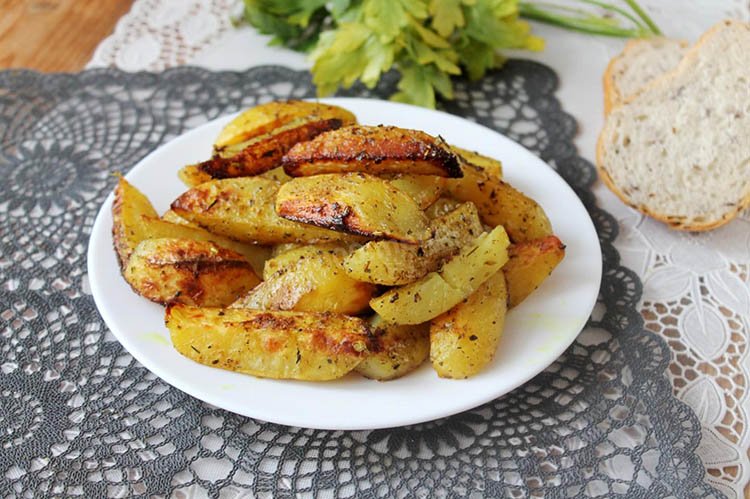 Archaeological excavations have helped scientists establish that since at least the eighth millennium BC, humans have eaten potatoes. The Incas in Peru were the first to grow this root crop. In 1536, the Spanish conquistadors conquered Peru and brought potatoes from there to Europe. Since then, these tubers have been included in the diet of all the peoples of the world, in all countries.

According to the US Department of Agriculture, potatoes are the main vegetable crop in the United States and the fourth most consumed food in the world after rice, wheat, and corn. Potatoes are a good source of vitamins C and B6, manganese, phosphorus, niacin and pantothenic acid. Phytonutrients in potatoes include carotenoids, flavonoids and caffeic acid, and vitamin C acts as an antioxidant. The use of this product is undeniable.

Potatoes were eaten boiled, fried, stewed, then french fries, potato pancakes and chips became popular. And already at the beginning of this century, doctors sounded the alarm. Eating large quantities of processed potatoes has become a threat to human health, leading to obesity, diabetes, heart disease and even affecting the sexual needs and capabilities of men.

A study published in the American Journal of Clinical Nutrition in 2017 showed that people who ate chips twice a week were at increased risk of death. The study examined potato consumption in 4,400 people aged 45 to 79 years. By the end of the eight-year study, 236 people died. Researchers found that those who ate fried potatoes, french fries and chips daily were twice as likely to have digestive, hematopoietic, metabolic diseases, and men of this group had potency problems.

The Harvard School of Public Health monitored the diet and lifestyle of 120,000 men and women for approximately 20 years and found that people who increased their consumption of french fries or mashed potatoes gained more weight over time - up to 3-4 kilograms annually.

Victoria Jarzabkowski, a nutritionist at the University of Texas's Institute of Fitness at Austin, believes that potatoes alone can not harm the human body if they are cooked correctly. So, the average portion of baked potatoes, if consumed without oil, cream and sauces, contains only about 110 calories. A study published in the American Journal of Agriculture and Food Chemistry proves that daily consumption of several small tubers of purple potato helps lower blood pressure and the risk of heart disease and stroke in overweight men who suffer from hypertension and notes in self erectile dysfunction.

Vitamins B6 in potatoes are critical to maintaining neurological health. Vitamin B6 helps create healthy chemicals for the brain, including serotonin, dopamine, and norepinephrine, according to the University of Maryland Medical Center. This means that eating potatoes can help with depression, stress, and possibly even attention deficit hyperactivity disorder (ADHD). According to scientists of the medical center, these diseases can cause in men, including a violation of potency.

The rind of boiled potatoes contains a large amount of potassium, which helps lower blood pressure and thus contributes to the flow of blood into the cavernous body of the male genital organ. But potassium alone is not enough to establish a regular erection, but it can be violated by improper nutrition, in particular the abuse of fried potatoes.

High carbohydrate levels in boiled potatoes can have several benefits, including maintaining a good blood glucose level, which is necessary for the brain to function properly. In 1995, a study published in the American Journal of Clinical Nutrition found that a moderate increase in glucose levels can help expand the blood vessels supplying blood and the male genital organs.

Fiber, which is found in baked and boiled potatoes, cleanses blood vessels from cholesterol, vitamins C and B6 help reduce the amount of free radicals, and carotenoids help maintain normal heart function.

Roasting, boiling and steaming potatoes is the best choice in terms of minimizing fat and calories compared to frying.

In addition, choosing whole potatoes instead of processed potato products can reduce their fat content and sodium content. And this is including a guarantee of good men's health.

What Happened To Potato Parcel After Shark Tank?

What Happened To Potato Parcel After Shark Tank? Mashed