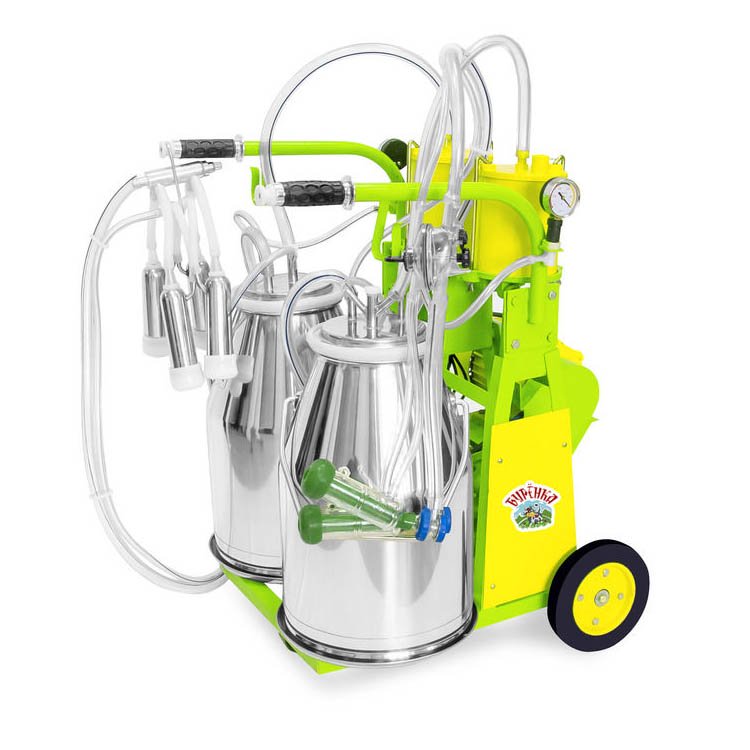 The Milking machine is a device used to milk cows. Especially in cases where there are commercial purposes. The milking machine is specifically designed to fit the milk glands of the animal. It is made sure that no injuries are inflicted on the milking glands of the animal. It is also made sure that no diseases are transmitted via the cow’s udders. Diseases such as infection easily pass through. The older the machine, the higher the chances of a disease passing through.

Most of the milking process is connected to the blockage of harmful diseases such as Mastitis. Manufacturers design the milking machine in a way that there are minimum chances of bacterial infection of mastitis. However, about 10% of mastitis cases are because of old parts in milking machines or other faults relating to the machine itself.

The machine itself is composed up of the Teat cup, the claw, Vacuum tubes and the milk hose. The Teat cups are four in the number and serve as the connectors between the milking glands and the machine. The Teat cups are made up of rubber and metal. The visible part is made of metal. The cups are hollow; the udder fits in the cups to remove the milk. The vacuum tube helps the milk pass through the tubes at a reasonable pace. The milk tubes are there to siphon the milk out of the claw. A pulsator is also there to switch the process on and off. Many modern machines have an automatic on off system called a Detacher. Others have a computer system that even store data about the cows milking habits.

The teat functions in a way that when the cup is applied to the udder. The udder fills the hollow space. The vacuum aids the siphoning action as it creates negative pressure at the tip of the gland and hence milk goes through the tube. The atmospheric pressure inside the chamber is controlled by the pulsator. If the pulsator fails to function properly then the animal’s blood vessels within the udder will be destroyed. This cannot be good for the overall milking process and the health of the bovine.

A pulsation rate is the number of times the vacuum is switched on or off. It is also known as the milk phase. The cycle lasts from 45 to 60 minute periods. There is a fixed rate of time when the machine should be in on or off mode. This rate is known as the Pulsation Ratio. The Pulsation Ratio is usually kept constant at a ratio of 50/50 or 40/60. Pulsation ratios may vary. The rear end of the udders produces more milk than the front ones. This is why the pulsation ration may vary from Teat cup to Teat cup. The Teat end vacuum should be kept stable and be about 12 inches of mercury.

The changes in a Teat end vacuum can be because of abnormal adaptation or flooded milk lines, etc. Errors like having unbalanced milk out. The air leaks between the teat and the rubber liner of the teat cup. A high pitched sucking sound is created. If these sounds occur more often then there is a high chance of malfunction in the system. After collecting the milk is stored in the collecting bowl of the claw.

High line and low line determine whether if the milk will fill with the use of gravity. A high line system is called so because it helps the milk flow against gravity. If it is in a low line system then milk will flow away from the claw with gravity. Low line systems are higher in productivity.